CAS is back in 2020! This month we’re celebrating the 20th anniversary of ERYKAH BADU’s Mama’s Gun! Hear the album like never before on Soundlux’s world-class audio equipment, along with a presentation about the album and related musical selections.

Seating at Soundlux is LIMITED. Late arrivals may be denied entry.

Based in the UK, Classic Album Sundays organizes listening experiences around the globe. It has been presented in Miami by Sweat Records + Soundlux Audio since 2016.

Our first event of 2020 features Erykah Badu’s Mama’s Gun, the winner of our first ever online poll for Album Of The Month.

Recorded between 1999 and 2000 at Electric Lady Studios in New York and released by Motown Records, Mama’s Gun incorporates elements of funk, soul, and jazz styles. It has confessional lyrics by Badu, which cover themes of insecurity, personal relationships, and social issues. Critics have also noted that while Baduizm contained its share of cryptic lyricism, Mama’s Gun is much more direct in its approach, and places the artist in a subjective position more than its predecessor.

While Baduizm turned her into a household name, Mama’s Gun cemented her status as the new face of R&B. After taking several years off to raise her first child, Badu returned to the studio to record her second album, much of which was inspired by love and her relationship with her then partner, Andre Benjamin. Leaning into a more organic sound with less-elusive lyrics, Badu opted to speak to the state of black womanhood and the world around her.

There is no shortage of honesty in Erykah Badu’s music, and Mama’s Gun serves as a collection of adages, rather than a stylistic time capsule, speaking to moments in time when self-revolution is necessary for growth.

Join us to hear this as never before. 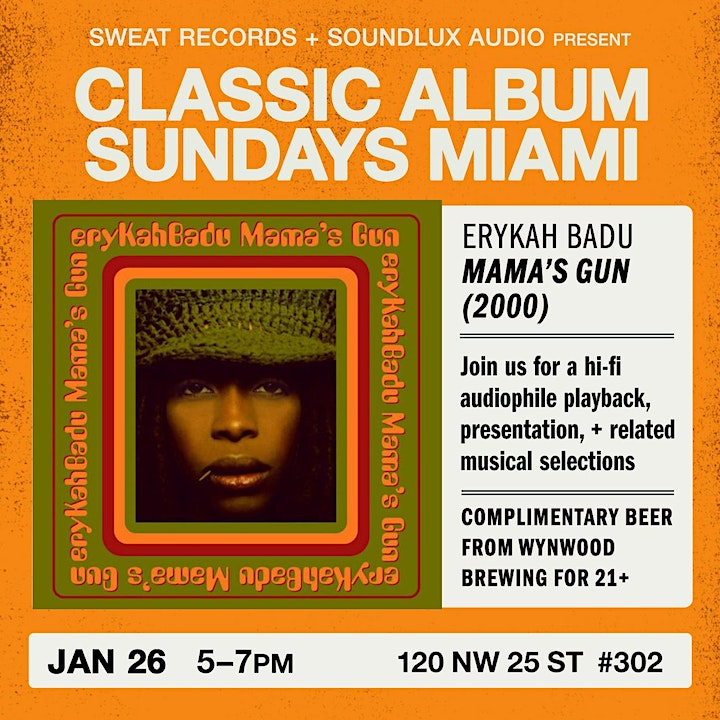