The Sweat bookshelf is in full-bloom with restocks of classics (Vice Magazine Guides, Scam Anthologies, American Hardcore, Thurston Moore’s No Wave book, and way more) as well as some really great new titles:

ATTN: Fans of eye candy & ephemera (and, of course, Joy Division). Last Gasp: “The definitive look at one of the most iconic rock bands of all time. Joy Division pioneered a genre of music and defined the look and sound of the post- punk era, and thirty years after the suicide of their lead singer Ian Curtis, they remain one of the most influential rock bands to have come out of England. This book is the most definitive and heavily illustrated celebration of the band ever produced.”

As a critic for publications across the mainstream/independent spectrum (everything from Spin to Still Single), Andrew Earles is slowly emerging as a major voice in contemporary rock journalism (check out his excellent commemoration of Jay Reatard). LG: “Taking their name from a popular Danish children’s board game, Bob Mould, Grant Hart, and Greg Norton formed Husker Du in St. Paul, Minnesota, in 1979 as a wildly cathartic outfit fueled by a cocktail of volume and velocity. Author Andrew Earles examines how Husker Du became the first hardcore band to marry pop melodies with psychedelic influences and ear- shattering volume, and in the process become one of the most influential rock bands of the 1980s indie underground.”

Like an o.g punk Behind The Music (sub the Dead Boys for Motley Crüe). LG: “Rising from the projects of Cleveland, Ohio, the Dead Boys took the New York punk scene by storm in the mid 1970s. Now, for the first time, Cheetah dishes on those notorious days: taking the stage at CBGB’s, recording at Electric Lady Studios, fist- fighting with Iggy Pop, roller skating with the Rolling Stones, partying with John Belushi, playing with Nico, and tearing it up with Stiv Bators and the Dead Boys as they traveled to clubs and dives everywhere, spreading the gospel of punk rock.”

This thing looks like a president’s autobiography.  LG: “The long-awaited autobiography of the guitarist, songwriter, singer, and founding member of the Rolling Stones. Ladies and gentlemen: Keith Richards. With The Rolling Stones, Keith Richards created the songs that roused the world, and he lived the original rock and roll life. Now, at last, the man himself tells his story of life in the crossfire hurricane.” 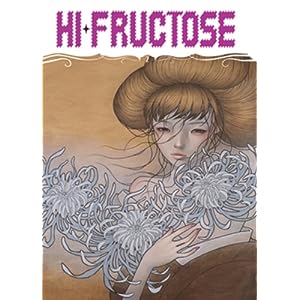 300+ page hardcover book expands a “best of” selection of material from issues 5-8 of the magazine. Packed with interviews and exposés on leading pop surrealists, street artists and new contemporary artists, edited by Annie Owens and Attaboy. Includes a special introduction by Long Gone John.

LG: “On one side of this book, renowned pinup/fetish model Dita Von Teese shares the beauty of the burlesque world, with bubblegum dreams and show tunes to strip to. Flip over the book to the other side, for fantasies in fetish with dramatic costumes and the allure of submission. Burlesque Dita sez, “Let me show you my world of gorgeous pin-ups, tantalizing stripteases, and femmes fatales. I’ll give you a glimpse into my life, but a lady never reveals all.” And Fetish Dita sez: “An opera-length kid leather glove, a strict wasp waist, an impossibly high patent leather heel, a severely painted red lip… Come with me into my world of decadent fetishism.” This big, hardbound book is loaded with color photos of Dita and some of her sexy pals. Many erotic images, but no real nudity (except for some butts).”